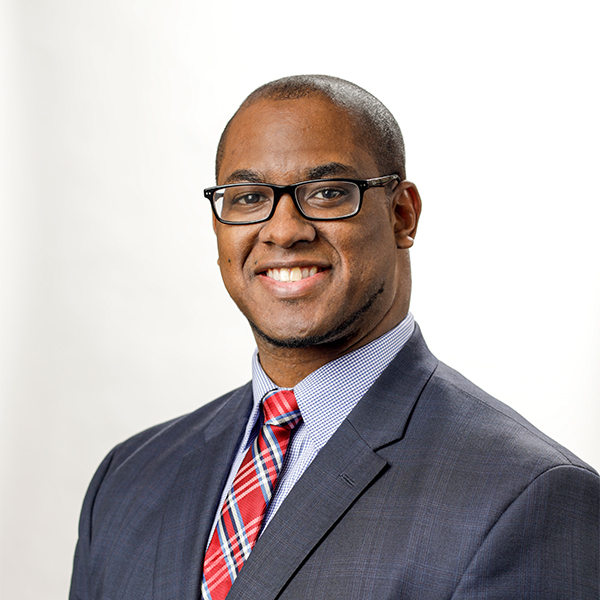 Samuel is a native of Texas, but was raised primarily in Paducah, Kentucky. He graduated from Paducah Tilghman High School in 2004. He graduated with a B.S. in Political Science with minors in Economics and Spanish from the University of Louisville in 2010 and received his J.D. from the University of Kentucky College of Law in 2013. He was admitted to the Kentucky Bar in October of 2013 and is also licensed in the Eastern and Western Districts of Kentucky.

While in law school, Samuel received his limited license to practice law in the Kentucky Legal Clinic and counseled a variety of clients on small claims and probate matters. He was actively involved the Student Bar Association, Trial Advocacy Board, Black Law Student Association, and served as a Staff Writer for the Kentucky Journal for Equine, Agricultural, and Natural Resource Law. He also served as a summer clerk for Justice Bill Cunningham of the Kentucky Supreme Court and was a U.S. District Court Judicial Fellows Program Member in the Eastern Kentucky District of Kentucky. He received the Dr. John T. Smith Outstanding Graduate Student Award for his work in recruiting and mentoring students about higher education and career development.

In 2016, Samuel completed the nationally acclaimed Entrepreneurship MBA program at the University of Louisville where he developed additional skills pertaining to developing start-up companies, venture capital, and effective business management, which add to his abilities to respond to a variety of client and business needs. He was awarded the Rotary Leadership Fellow Scholarship and served as President of the Entrepreneurship Club.